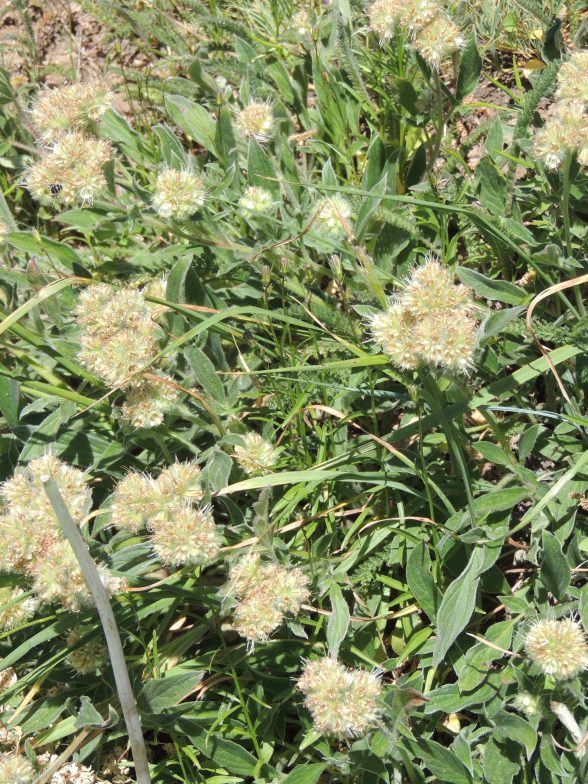 I have not identified this wildflower. Maybe some pussytoes? From the first week of August, on Hurricane Hill. 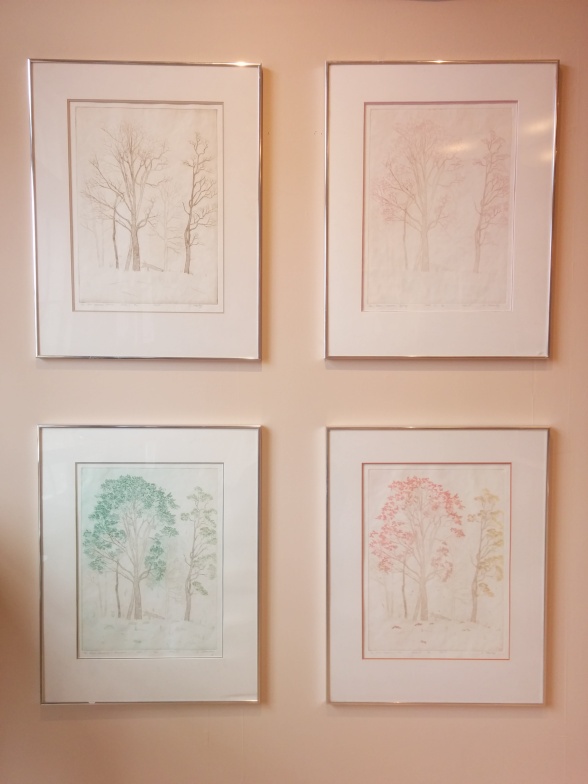 These are etchings by my mother, Helen Burling Ottaway, who died in 2000.

All four are done with the same etching plate.

Winter is done first. The zinc plate is covered with a protective layer and then she draws with tools, including dental tools. The plate is placed in an acid bath. The acid etches where the drawings are, different depths. The protective layer is removed. The plate is inked. Most of the ink is gently wiped off and the plate is placed on the press. Wet paper is laid on the plate and the heavy wool covers are folded down over that. The press is run. The wool is folded back on the other side and the paper is lifted and laid to dry.

The plate is re inked for each one.

She puts the protective cover back on the plate and adds the buds for spring. These are etched. Winter is now gone, the plate has changed. She prints all of the spring series.

Next is summer. Leaves are added. She prints those.

Last is autumn. Now there are leaves on the ground as well. She does some the plates with more than one ink color. This was one of her largest etchings. She did a small series first, where the etchings were about 4 by 6 inches. This was 18 by 24. She had a really big etching press. I don’t know who has it, my sister took it to California and it disappeared.

I have the etchings and I have all the plates. I can’t run this series, I could only run autumn. I grew up surrounded by my mother doing art, etchings, watercolors, oils, lithography, a constant sketchbook and crafts. I took a painting class a few years ago. The instructor says, “Acrylics are NOT watercolors.” I reply, “I know how to DO watercolors.” I was being quite creative with the acrylics only I automatically used the watercolor techniques that I grew up with.

The photograph doesn’t really do them justice. I will have to take some more. Plus I have her slides in some of the boxes left from when my father died. More cataloging.

Blessings and good memories of my mother. 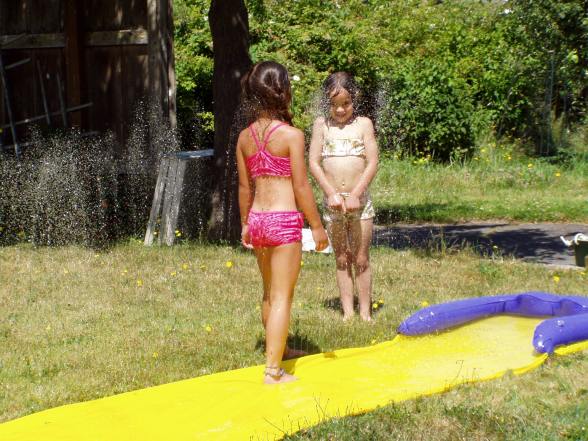 For the Ragtag Daily Prompt: river.

Both of my kids are water babies, who love the water. The pictures are from 2005, my daughter and her cousin, loving the slip and slide. A home river and water. My daughter went on to seven years of synchronized swimming, four years of swim team and now is racing sailboats in college. 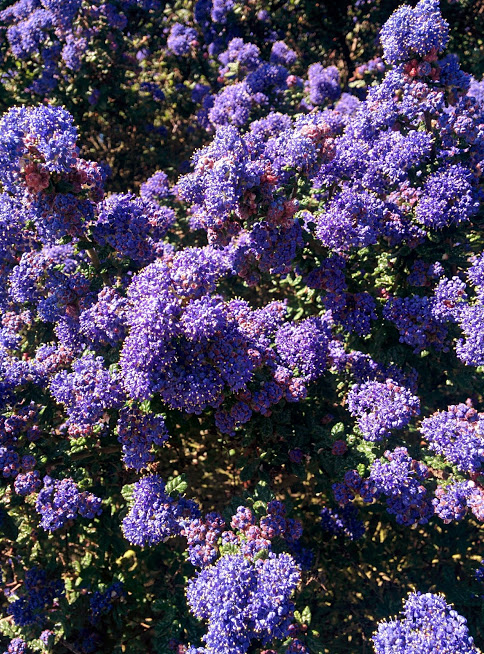 For today’s Mundane Monday, pick your theme: heavens or bees or both! This plant hums with bees when it is in bloom. The bees love it so much and I think that it must love being swarmed with humming bees. Think of loving and being loved so much.

Message your link and I will list all the entries next week.

The theme for Mundane Monday #167 was water’s edge. 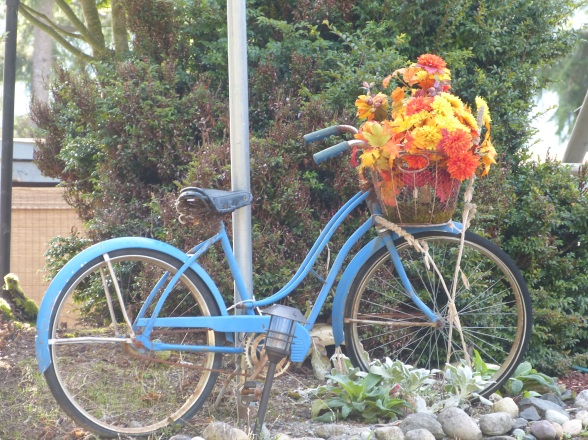 For the Daily Prompt: suddenly. 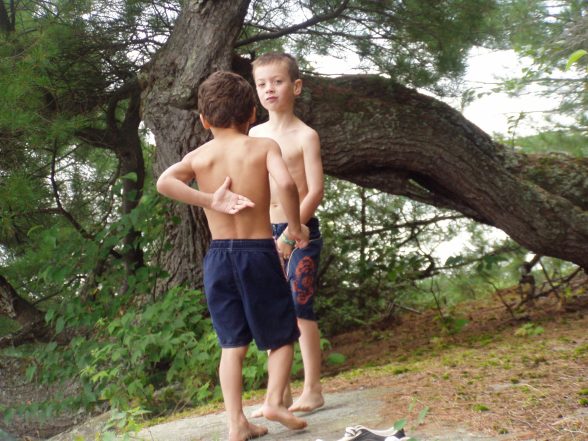 Is she watching us?

For the Daily Prompt: suspicious. 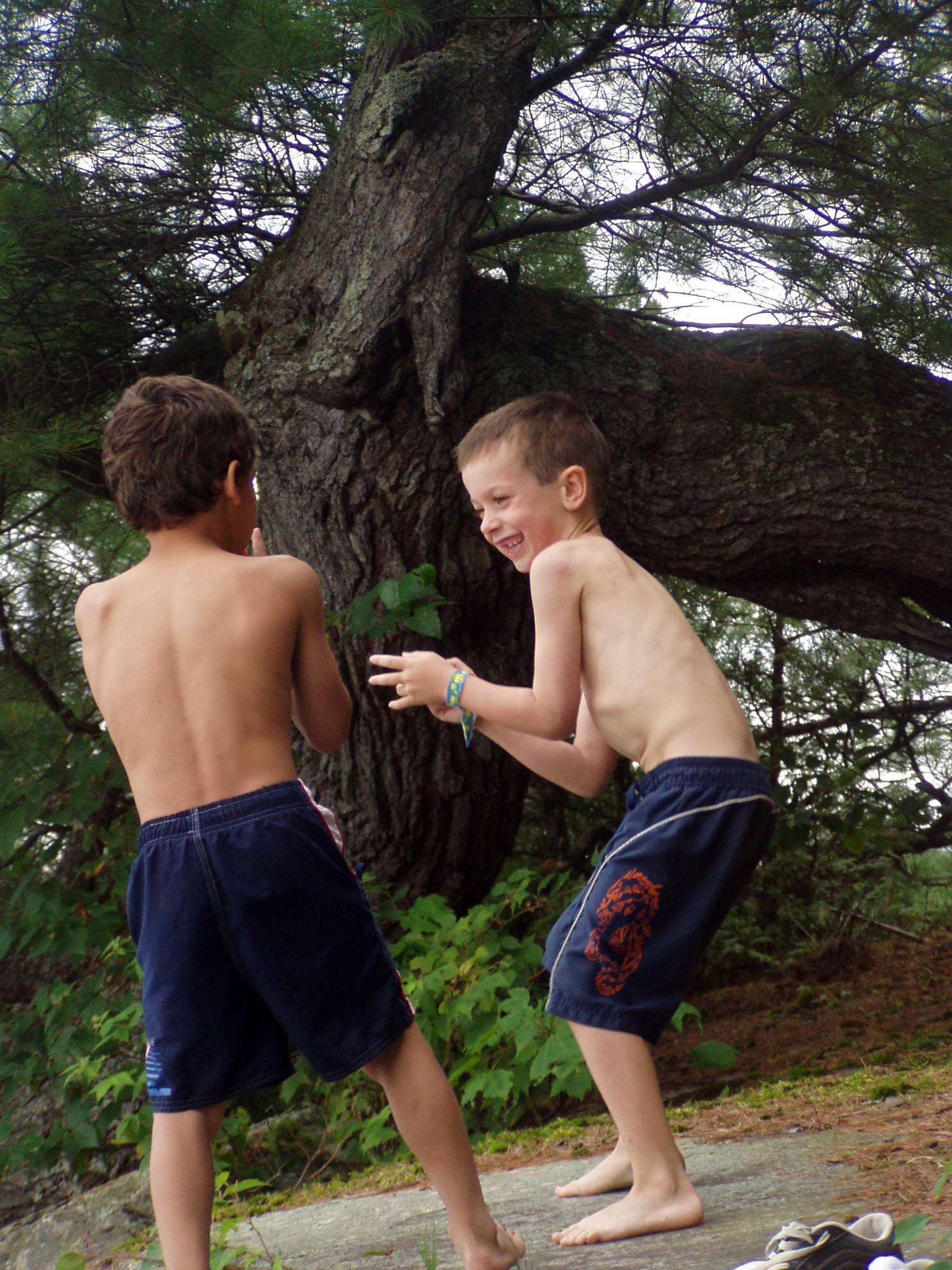 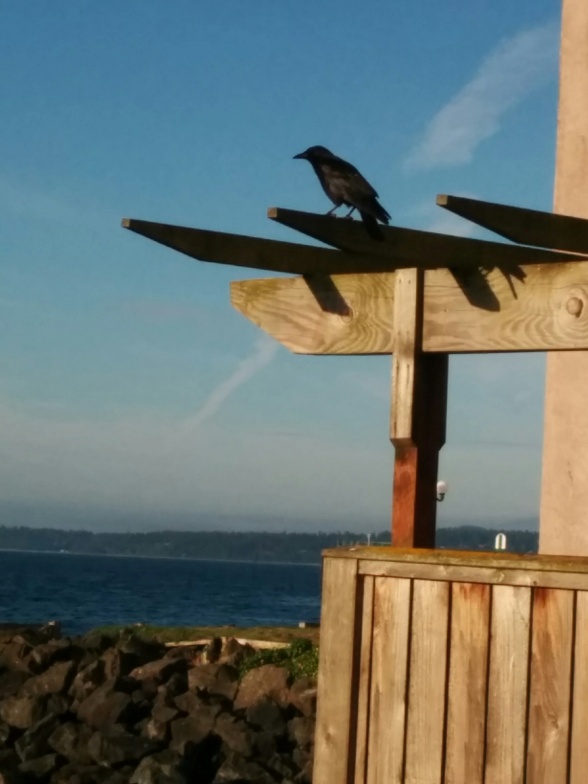 I took this photograph this week in the early morning, going downtown for a cup of coffee…. 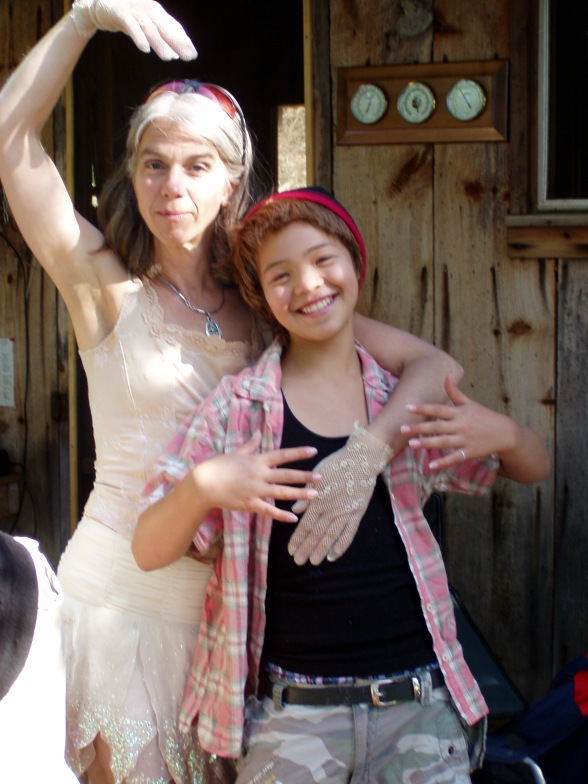 My sister loved to dress up in costume. She died four years ago next Tuesday and her birth day is tomorrow.

The photograph is me and her daughter, in costume, at Lake Matinenda in Ontario, Canada, in 2009. I brought a rather demented flower fairy costume. The gloves are my mother’s: crocheted, uncomfortable, romantic and impractical. The whole outfit was entirely silly and impractical for the woods. My sister would bring long ball gowns up to the woods. We played dress up at my grandmothers with our cousins, in my mother’s 1950s prom dresses, in the middle 1970s. We thought her dresses were ridiculous. So were ours, of course.

I am not sure exactly what my niece is dressed as: a boy, I think, and maybe she was being a rapper.

At any rate, it is fun to dress in costume…. miss you, sisty. 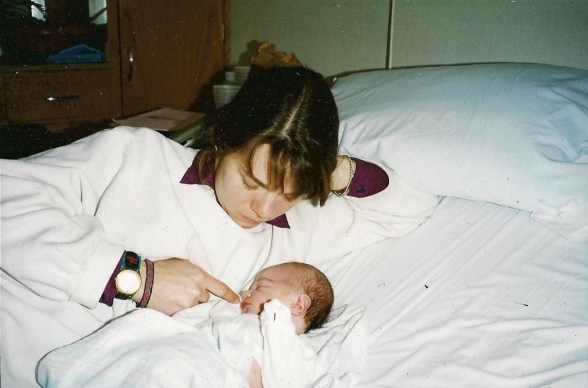 I am an introverted thinker by preference on the Meyers Briggs test and my sister was an extroverted feeler. My kids each have one of those preference patterns. This story first appeared on an obscure writing website in November 2014.

When my sister Chris and I were very little, we went on long car trips each summer to a lake in Canada. This is a small lake north of Lake Erie and one of hundreds in Ontario, but to us it was “Canada”.

This was before seatbelts. My father was in graduate school, my mother was an artist who was not making money at it and they were “independently wealthy at a poverty level.” Our cars were always used and tended to break down. My father favored old Peugots and once he and a friend put a new engine in the International Travelall right before we left. We were living in Johnson City, New York, so it was either one very long day’s drive or two days to the lake.

Chris and I had the back seat, often piled with camping gear. She was three years younger. When we were very small we played “Red eye, white eye.” I don’t know who made it up, but I remember my father’s voice. The eyes were tigers. “White eyes” meant that there was an oncoming tiger and we had to duck down behind the seat until it passed, so that it wouldn’t get us. “Red eyes” meant a receding tiger or a tiger in front of us going the other way, so we could pop back up. It also meant no tigers.

“White eyes,” said my father, and we hid, scared. Then there was such a feeling of safety and of not being caught when he said, “Red eyes,” and we could return. We knew that he would protect us from the tigers.