For the Ragtag Daily Prompt: dream.

I dream in technicolor with smells, sensations, sounds, all senses. So much so that sometimes I worry about what is happening in the dream and what I should do about it. Then I realize it is a dream.

Other times I know right away that it’s a dream. This one I knew was a dream and it’s closely connected to our reality.

I am in a library. There is an archive. I am not allowed in the archive.

There is a man. He listens to me sometimes, but mostly he prefers that I listen to him. He listens less and less as time goes on. He is interested in certain topics, but he likes to do the talking. He doesn’t like or agree with my opinions and prefers that I am silent.

A woman arrives. She is very powerful. Dressed in white, robes, goddess like. She is as tall as the man. They talk and he goes into the archives with her. I am jealous and resigned. Not sexually, but I am just resigned to males coming first, more of them have access to the archives, they expect the attention first, they are rewarded for speaking up where I would be punished for the same behavior. I am sick of it.

I have a question for the woman. I wait. I am sitting on a tall stool with a long desk. There are two chairs to my left, empty, and people in the chairs to my right. There is a carved wooden screen walling the other side of the desk off: on the other side are the archives.

I have water. The water is in a bowl. It is to drink and is nourishing and refreshing and it is beautiful too, with herbs and an island of moss in the center. I have drunk enough, and wash my hands in the remaining water.

They come out of the archive. The woman sits by me and the man next to her. I ask my question when there is an opening. She is interested and will take me into the archives. The man is not interested in my questions, as usual, and he leaves. The woman asks for some of the water. I explain that I have washed my hands in it. More people are coming to talk to her. She pours some into her bowl. I am afraid she will be distracted by the people and drink it. I go to get her clean water. I need a pitcher. There is a wall of glass front cupboards with many sizes and shapes of glasses. I get down a large one, but it is very ornate and delicate. I want a plain pitcher but I also want to bring her the water right away. I hesitate, looking for something large and plain.

For the Ragtag Daily Prompt: sequelae. We don’t know what the sequelae to the Supreme Court vote is yet. But I am not going to stop speaking up and I hope more women speak up. And girls. So here are two experiences when I was a girl.

I start grade school in upstate New York. I am at the Northeast School. I don’t remember tons about it, except that it has ramps instead of stairs. I am failing to learn to read with phonics, which make no sense to me.

In first grade, I need to go to the bathroom. My teacher gives me a hall pass. This is not a kindergarten privilege.

Outside the girls’ bathroom are two boys. They are older than me. I don’t know them.

“You can’t go in unless you show us your underwear.”

I am wearing a dress. I stare at them.

“Show us your underwear.”

I go back around the corner and wait. Hoping they will leave. They don’t.

I need to go. I go and lift my skirt for a second, humiliation as they laugh. I hurry in to the bathroom.

I go back to the classroom.

I never go to the bathroom during class again. I am careful. I go before class starts and at lunch.

And I’ve never told anyone until now. And this was a grade school. How were the boys acculturated to behave this way already in grade school? And does this still go on? All the girls in my daughter’s school quit wearing skirts by second grade. Jeans only.

We move before fourth grade to another town.

The boundaries for the school districts change before sixth grade and I am bussed to a new grade school.

On the bus, a boy starts harassing me. I don’t know him.

“Show me your underwear.” he says. The other kids are watching.

I don’t answer, glare at him with scorn.

Each day he escalates.

“Show me your underwear.”

I pull a pair out of my bag the fourth day. “There. Now you’ve seen some.”

The other kids laugh, but it’s not enough. He keeps hassling me.

He starts reaching for my skirt from the seat in front of me.

I’ve had it. I play flute. But I also play piccolo.

The next day he starts up, “Show me your underwear.” He reaches towards my skirt from the seat in front. I have my hard piccolo case in both hands. I smash his hand as hard as I can, against the bus seat.

He screams and pulls his hand away, clutching it.

The bus driver looks in the mirror. He doesn’t slow down or stop.

The boy never bothers me again. And neither does anyone else on that bus.

I took the photograph when school started this year. This is our “city” bus. The Redhawks are our football team. I can’t think that football is good for us, but I thank the adults for this support for the high school students…..

Music gives me hope: this. 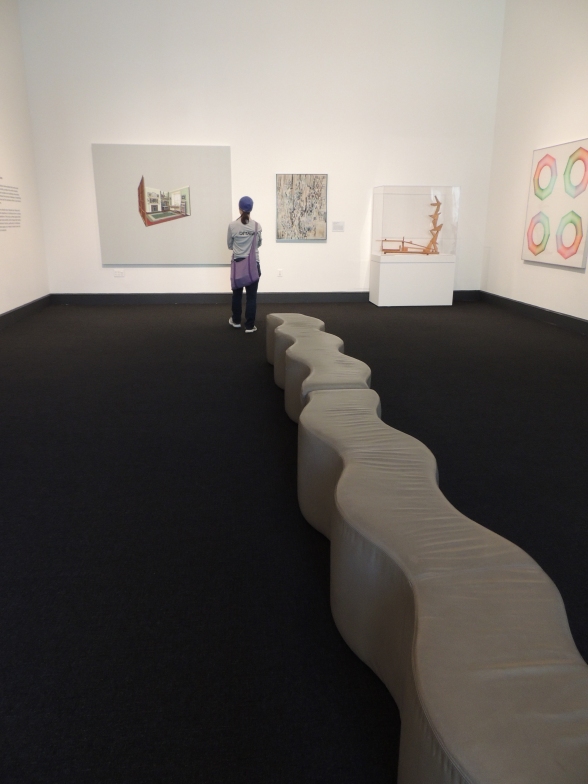 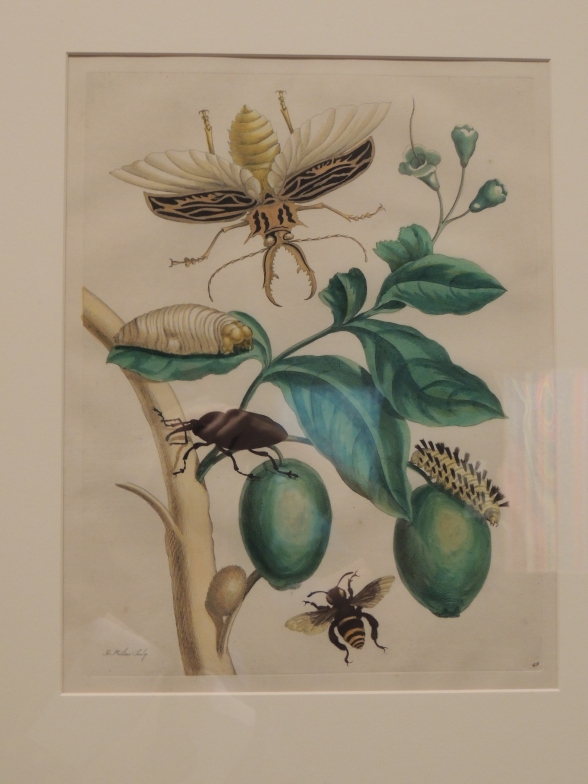 For the Daily Prompt: creature.

This is from the National Museum of Women in the Arts. Maria Sibylla Merian, scientific illustrations from the late 1600s and gorgeous at that.

Back to the National Museum of Women in the Arts. They encourage photographs. No touching, though. This spider is more than three feet across, so I am not tempted.

This is the second photograph. My daughter has the same expression as the first one. And who is talking to her? That’s the head coach. Her expression and focus does not change. 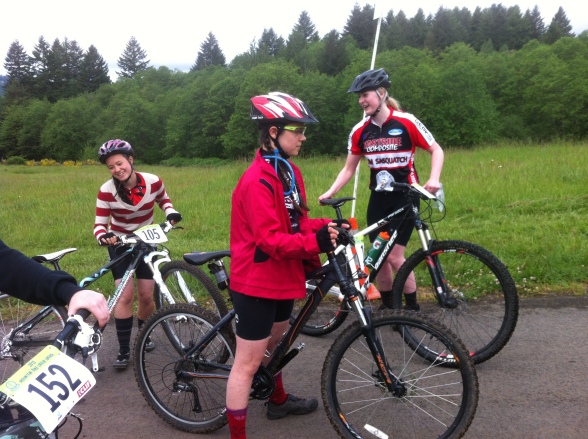 My daughter raced mountain bikes for her four years of high school. We have a club team. She looks just the same at the start of each race: focused. Concentrating. Ignoring everyone else. And I chose this photograph because of the next one…..