This is the last photograph in my series. I hope she is a neighbor I run into again soon! Great blue herons are so big, they need big trees to perch in, and we have them.

Is this from one car at the stop sign
or is it leaking from the street itself
as it appears and if so, what does that mean?
I comfort myself that it is not from my cars

What is happening to our environment?
where is this from? This is no doubt human
activity creating this slick. If I dropped a match
on my street would it burn in the rain?

I still want to lie on the street in the rain
sometimes tear my clothes and weep oceans howl
for love for loss for grief. If I did it here
I might be more flammable: ignition achieved

I already posted this photograph a week ago…. but then, a poem was published on everything2.com with this title. The title and the photograph kept rattling around in my head until I wrote a poem as well. There are four poems now with that title here: regarding rain, ocean and asphalt.

These are just rocks, right? We heard the birds in the rocks before we saw them: black oystercatchers. They make a wonderful  queep call and we stopped to look for them right away. They are very quick searching the rocks. This is taken with a zoom lens and I didn’t want to go closer and disturb them. 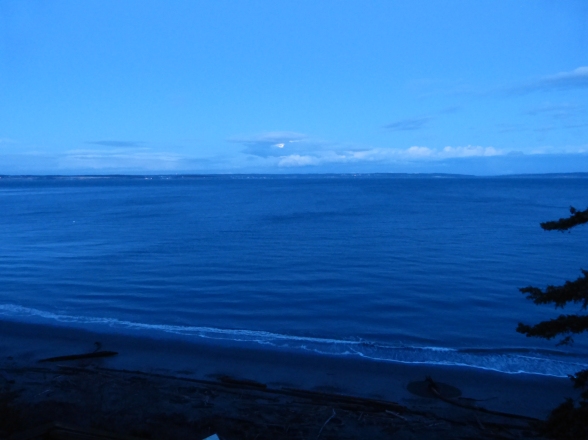 Evening light on the beach again…. maybe I have the blues….The hint of the moon behind the clouds…

Hiking last Saturday, we both heard and alerted to a bird call. Here: song.

However, there were two, and not an alarm call.

We spotted both and then on the hike back, here they are, perched in the snag. A pair of adult bald eagles. I think it was flirting calls that we heard, or a pair talking about this year’s nest.

I am so glad that bald eagles are back in numbers…. and that we are protecting them. 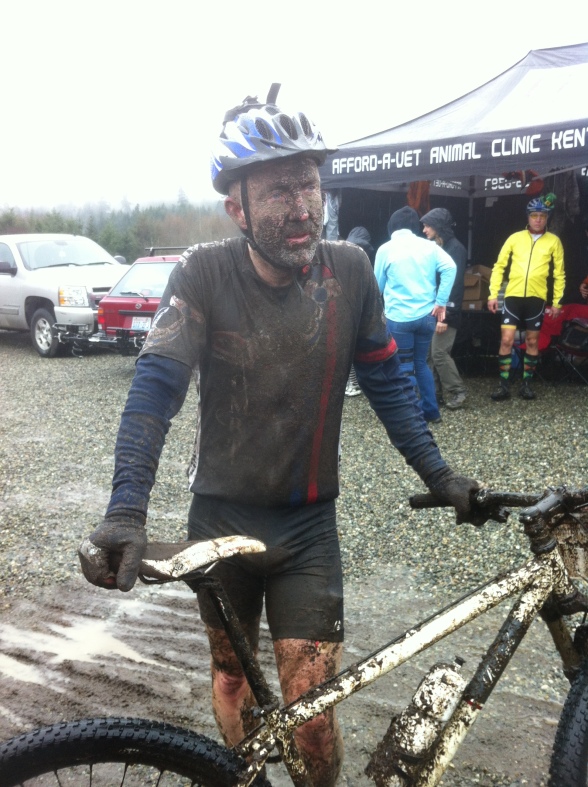 For the Daily Prompt: filthy.

I am with my EX. He has that wicked trickster expression, which can mean fun or trouble or both.

I go, warily, choosing boots rather than high heels. I love to dance, but I know that expression. There is a twist here. He is messing with me and I need to be careful.

He leads me into a park. We go through various sections and into a part with a rectangular green. The rectangle is broken by a hole in the corner, shaped like a billiard pocket. It is not very big and about 15 feet deep.

“Wait,” he says and goes down the steep muddy slope covered with leaves… and right into the mud covered wall, completely in. The earth struggles and then he pulls back out, covered with dirt and filth, frankly. It stinks. He taps a grayish structure beside him, and it lights up with soft light and starts playing a Charleston. It also moves a little, parts moving against each other, more awkward blobs than humanoid. And around me, three other statues also light up and move.

And my EX is climbing back up the muddy wall towards me and sinking in up to his waist with each step. He will be at the top soon. The Charleston is a cheap tinny version.

I am trying to decide: Will I dance?

I took the photograph in 2014. My daughter was on the Killer Whale Mountain Bike Team. This is her coach, annoyed because he had to drop out of the race. He was riding with a belt chain, but the mud was so deep that it packed the chain and he couldn’t ride. My daughter finished the race but said that there were many sections that they just picked up their bikes and tried to run through thick sticky mud six or more inches deep. 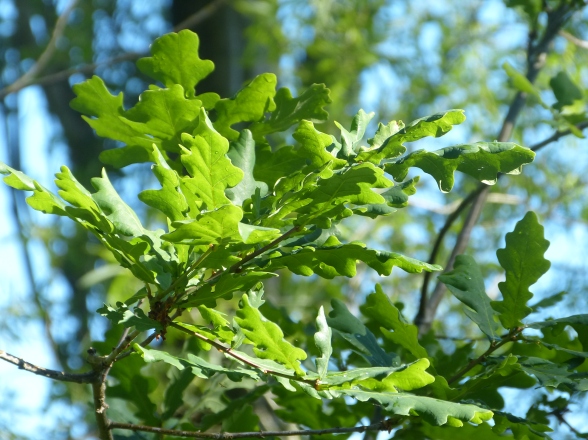 Blue and green and rest for the eyes.

I still don’t stay up much past nine most nights, but my young adult offspring talked me into a beach walk the other evening. We went down to Fort Worden and the Point Wilson Lighthouse. The sunset was glorious. I went back to the car for a jacket right away because the water temperature is around 51 degrees. It cools down quickly. The tide was coming in, so we only walked about half a mile, but it was gorgeous. This is looking north from Point Wilson towards Vancouver Island and the San Juan Islands…. over the kelp beds.