Huge thanks to The Edge of Humanity Magazine, for publishing two essays.

The first one on May 9, 2022, that abortion must remain legal for women’s health:

The second today, about behavioral health in a pandemic and war. As caring humans, how could we NOT respond with distress to the suffering and deaths from both Covid-19 and disasters and wars?

I am so delighted to be featured on this platform. I enjoy so many of the artists and writers and poets who are featured there and I am very happy to contribute! 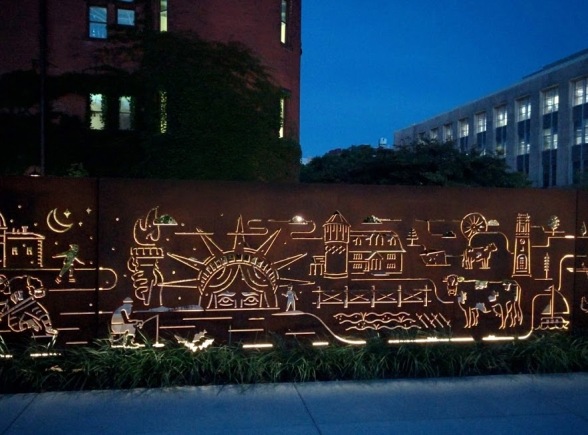 More events in my life:

I am on the metro in Washington, DC. It is not rush hour. I am reading my book.

I suddenly realize  as the metro stops, my car is empty. I am the only one in the car. One man gets on. I am hyperalert. He walks down the car and sits next to me.

The car starts up. I stare at my book.

I stand up, purse and book. “Excuse me.” I step by him and stand at the metro car door. I get off that car at the next stop and move to the next one with people on it. Shaking with both the threat and anger, that I have to deal with this.

2. I take a dance class in Washington, DC. I work at the National Institute of Health. I leave my car at NIH and ride the metro.

One night I get off the metro at NIH and I am riding up the escalator, with my backpack.

A man, clearly drunk, steps up on the escalator beside me, and says “Hi, baby, what’s your name?”

“LEAVE ME ALONE!” I snarl and stomp up the escalator. It is dark and there are very few people at the stop and in the lot. I am in danger from this drunk.

I am walking fast at the top, away from the escalator, when I hear running steps behind me. WHACK! He takes a swing at me and runs off. He hits my backpack and not me. I am screaming at him.

He is gone. I run to my car, get in, and sit there, hands on the wheel. Shaking. There is a part of me that wonders what I would do if he crossed the road in front of my car.

My next class is not dance. I take tae kwon do.

3. I have used my tae kwon do once so far. Where? In first year medical school.

We have lecture after lecture in the same hall. We usually sit in the same places. I am newly married. The guy behind me starts tickling my neck during a lecture, with a pen. I twitch a couple times and then hear muffled giggles and realize that it’s the person behind me.

I stiffen and wait until I am really ready. Breathe. The tickle comes. I snap a basic block back and forward: and have his pen.

The whole class turns towards us. The lecturer stops, staring. I am facing forward, holding the pen down low, not moving. He has the entire room staring at him, everyone but me. He doesn’t say a word. You could hear a …. pen…. drop.

The lecturer shakes his head and continues.

I keep the pen.

I took the photograph when we were in Wisconsin. I went to UW Madison. I like being a badger. 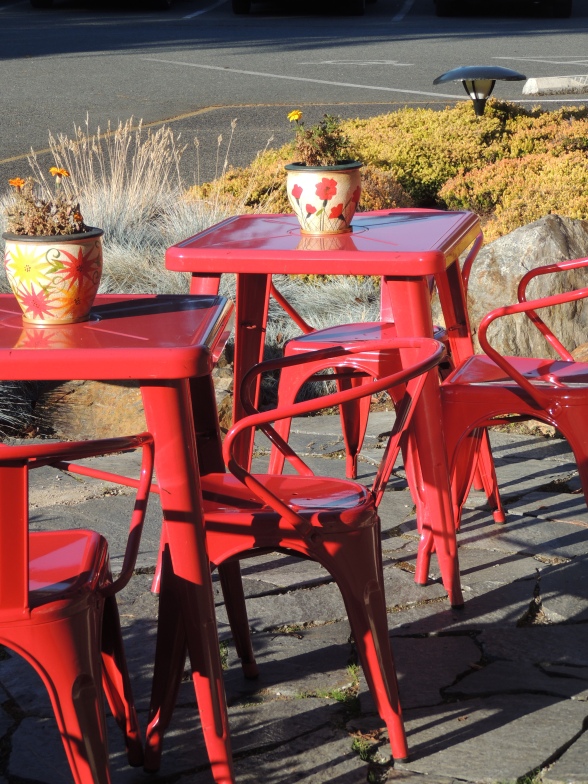 For the Ragtag Daily Prompt: fall.

So: why do the WOMEN have to speak up?

Why don’t MEN speak up? Ok, gentlemen: every man who participated in a “train” or a gang rape or who had sex with a woman who they now are not sure consented or who has made more money than a woman in the office and knows it or who has sexually abused a child: how about YOU speak up. FALL ON YOUR KNEES AND SPEAK UP.

Why do WOMEN have to speak up? Let’s see the MEN speak.

Our tears have been falling for years. It’s time for men to speak, to bust each other, to break the silence, to confess: speak up.

For the Daily Prompt: dominant.

At Saturday’s march here, there were lots of hats, all colors, and people without hats. But overall, pink is still dominant. 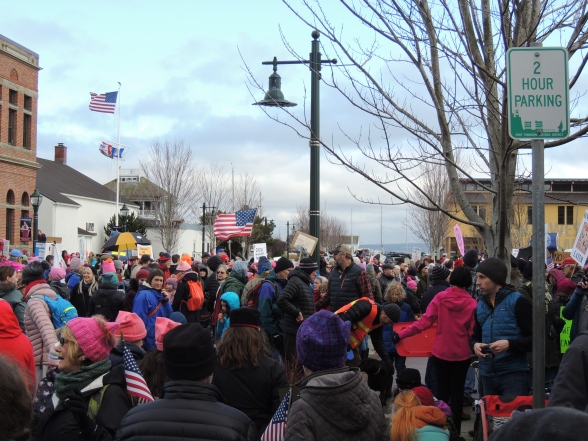 My guesstimate is around 2000 people in Port Townsend yesterday, huge range of age, race and gender. Stand up, speak up, march and vote!

And my guess is LOW! The PDN estimates 4000: http://www.peninsuladailynews.com/news/thousands-turn-out-for-peninsula-womens-march-in-port-townsend/.

And more women to run for office. Bravo!

She wakes one day and she is in a space. It is not inside: no ceiling. It is not outside: no clouds or sky or sun or moon.

She is standing in a box. There are more boxes for as far as she can see. They are made of wood. Some are plain and some are ornate. Some are inlaid or carved. Some have rare wood.

She steps from box to box. They are up to her thighs. She is careful. Some are beautiful.

A male voice says “You need to pick a box.”

Some are square, a triangle, octagonal. All shapes.

“I am looking.” says Qia. She doesn’t want to pick one. She wants to look at them and examine them. She could spend years looking.

“You need to pick one and stay.” Says the voice. “Sit down.”

Qia starts to sit but feels panicky instantly. “It’s too small.” she says.

“If you sit down and put your head to the side, you will fit.” says the male voice.

Qia has a vision of someone nailing a lid on the box. She is not going to obey. Who is this male voice telling her what to do?

Qia wakes laughing at the dream. But she thinks about it.

Qia tells a few people about her dream.

Her massage person says, “Maybe you need to kick a box.” Her kicking muscles are very very tight this week.

She laughs, but she does go home and kick a box. It helps some, but the male in the dream is a part of herself.

One woman says,”That dream would mean that I needed to pick a box.”

Qia doesn’t like that idea. But she considers it as she continues working. The boxes are too small and claustrophobic and yet, the male voice is part of her. How can she satisfy everyone including herself?

Qia is happy. A solution appears, when a third person comments.

Qia is at work. The woods are there. Deer, grass, birds. Roses are there. The ocean is there too and the Beloved, in the shape of a dolphin or a horse or a deer or an orca. She works, happy.

Men come. If she doesn’t see them first, they might see a bird or deer or the ocean. As soon as she sees the man, she calls the box. As she sits, it is there.

“What are you doing?” says the man, if he sees her first and sees the woods or the orca.

Qia looks up at the man from her seat in the box. If the man likes women to smile, she smiles. Some men like her to look frightened; she can do that too. Some men want dull or mean or subservient.

When she sees the men first, they see a good girl, sitting in a box.

When the men see her first, they are upset for a moment. They saw a bird, an orca, the ocean. But then they see a good girl, in a box. Some shake their heads and think that they had too much to drink or smoked too much the night before. But Qia is a good girl.

A few, a very few men, don’t trigger a box. She sees them. They see her. They see the deer or the orca. They have animals and forests or mountains or stars with them. They don’t say much.

Qia thought at first that she would have to change for each man. Change into energy, into a star, to fly as fast as light, to the box appropriate to that man. But then she thought, no, she could just move the boxes. And the men have stopped hammering lids down, mostly. When they used to seal women in, the women were not available for cooking or housework or admiring the men or sex. They often died, suffocated or killed themselves. So most boxes have no bottom and have straps for the woman’s shoulders, so that she can do the housework while she wears the box. The consequence, of course, is that many women escape, running like rabbits into the woods. Or they switch from box to box, almost like Qia. But many women do not feel safe unless they are wearing one of the wooden boxes.

Qia is happy. She wears wooden boxes for the men when she has to. She is a good girl. But the box she has chosen is the universe.