I went to have a hair cut today and went in three shops since I was downtown anyhow.

There are lots of tourists and visitors walking around without masks.

In one shop the owner asks if I am Dr. O, and it turns out her daughter babysat for my children 19-20 years ago. We had a nice discussion about our offspring. We are both wearing masks.

In a mineral store somehow the covid-19 subject comes up. I say that I am wearing a mask because I am on oxygen and vulnerable, and even though I am vaccinated, if I get covid-19, it might kill me.

The two owners are not wearing masks. The woman says, “We are both vaccinated, but I am just really confused about what to do.”

I say, “Well, I am a Family Physician. Let’s take chicken pox. If someone is exposed, it can take 21 days for them to break out in the rash. They will be contagious for 1-2 days before they have symptoms. The problem is that it can be ANY of those 21 days. After they break out in the rash, they are contagious until every pox is crusted over. So it can be six weeks that they are possibly or certainly contagious. With Covid-19, the Delta Variant is so infectious and again people may not have symptoms yet, so I am wearing a mask any time I am around strangers.”

The woman says, “Thank you for telling me about it. It’s helpful to hear from a professional.”

“You’re welcome.” I say, gathering my bag to go.

I look and she is. 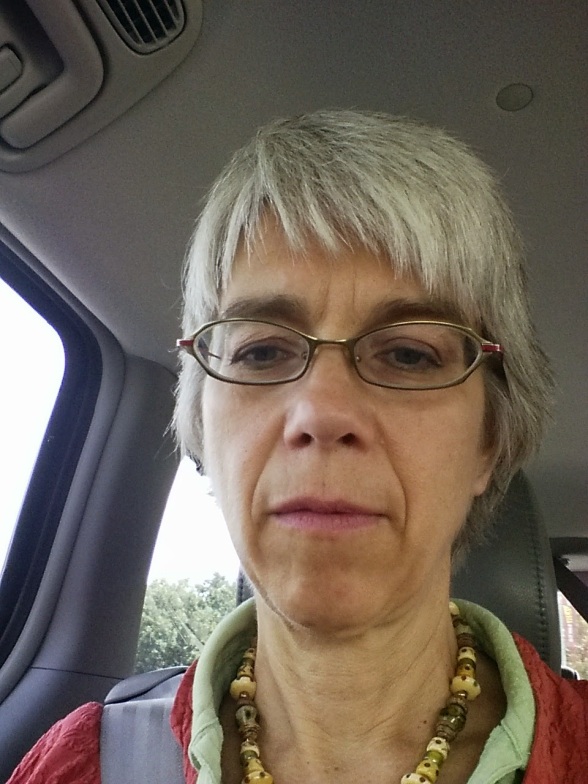 if I don’t make sense for a little while?

I never did
join the mainstream
of medicine

and I thought
I am not joining any cult

and I kept my mouth shut

in the elevator
when another student says
“The other day
I threw out all of my husband’s plaid shirts.
I hate them.
They are too low class.”
If he loves them, you’ve hurt him, right?
and I think
I could say
“Yes, I hate it
when my husband
wears my plaid skirt
he stretches them all out
and ruins them.”
I would be outed
even more than I already am
as weird.

I don’t say a word
I just think
words

Medical school is four years
Residency is three
I am quiet there too
impression that I am shy
which is a lie
even so, the faculty fear me

and I am surprised

what the hell is there to fear?

though a boyfriend says
“You turn into an ogre
when you are angry.”

morph to ogre
morph to werewolf
if needed

as I get older
slowly
slowly
I learn
more subtelty

mostly from my children
who are subtle
and very very smart

I never bought in to
the give opioids to everyone

now I have another one
an intuition

the data is catching up with me

it’s funny
in my small community

I feel so lonely
after 21 years
mother’s death, sister’s death, father’s death
divorce
single mother 2 children
niece don’t go there
I am labeled by the medical community
I hear that the senior doctor
in the community
tells a woman midlevel
at a party
that I am crazy

but I was right about opioids

if I don’t make sense for a little while?

they could listen to me this time

but I don’t think

so I put myself
back in the traces

once in a massage
I thought
I can’t bear this
I am not strong enough
and suddenly I was in a dream world
where my back was enormous
huge
unending
and I thought, oh, I can bear this
thank you
I think

I begin
to pull
hard

even as I cry

The photograph is from 2014. Two pairs of glasses frames ago….

My sister sends me a t-shirt years ago.

It said, “I don’t know if I am the good witch or the bad witch.”

I burst into tears and put it in the trunk of my car. I never wear it. I am the designated bad witch for half my family. We won’t go into that.

She gets a shirt too. Hers is the green one. Mine is black.

She is dead, in 2012, breast cancer. It’s hard to describe the fallout. Toxic and radioactive. But… I have decided not to be a witch.

Instead, I am a practicing grandmother.

Really I’ve been one for a while. There was a young couple who lived down the street with two children. This was in 2014. I was a Facebutt friend, so sometimes noted what was happening. The father has to travel for his job. The mother is trying to care for two kids and work and so on… been there.

In 2014 I am recovering from my third round of pneumonia. This third round it takes six months before I can return to work. Short of breath and coughed if I talked. The state medical watch doctors went to disable me but I fight them tooth and nail. I win.

I wander down to the neighbor and offer my services. She already knows me. She is instantly grateful and two year old T is introduced to me, again. He doesn’t really remember me. She explains that he is coming to my house for a little while and then back home.

T and I walk towards my house.

I stop and reply. In college I took ornithology and the teaching assistant could do a barn owl call so well that the barn owls would do a territorial fly over at night to see who had the weird accent. Marvelous.

The nuthatch and I went “enh” back and forth. T is amazed. This woman talks to birds. Then we see the nuthatch! I point out how nuthatches come down a tree head first. “If you hear that call, it’s a nuthatch. Look for it.” The nuthatch is very cooperative. Magic.

We get to my house. T is clutching a book. “He’s taking it everywhere,” sighs his mother. “I’m not sure why.”

So first we read the book. It is a board book about a farm. Each page has a central picture and then there are pictures around the edges with the word under each picture. On one page T says, “Haaaaay.”

His face lights up. An adult who gets it! Yes! He can read HAY!

On another page he says HAY. “Oh,” I say, “That is straw. Straw is a lot like hay but it’s not exactly the same.”

He is very serious absorbing that information.

I show him my closet. There is a stick horse. Only it isn’t a horse: it’s a unicorn dragon, with a forehead horn and wings. When you press a button it’s eyes flash and it roars.

Ok, that’s pretty scary. He wants the closet door closed and he does NOT want to play with the dragon.

Next is pouring. I get out a towel and put it on the kitchen floor. I get out a rather nice expresso set. Bright colors. Orange and green and yellow and blue. I fill the coffee pot with water and invite him to sit on the towel. “You can pour the tea.”

I refill the coffee pot with water and he starts again, with a different cup.

When I return him to mom, after two hours, he’s damp. “Sorry, he got a little wet, but it’s just water,” I say cheerfully. Mom is too harried to do much more than look resigned at a change of clothes.

Next time he comes with a change of clothes and his large stroller, in case he goes down for a nap.

And first off, he goes to the closet. Time to hear that dragon roar again.