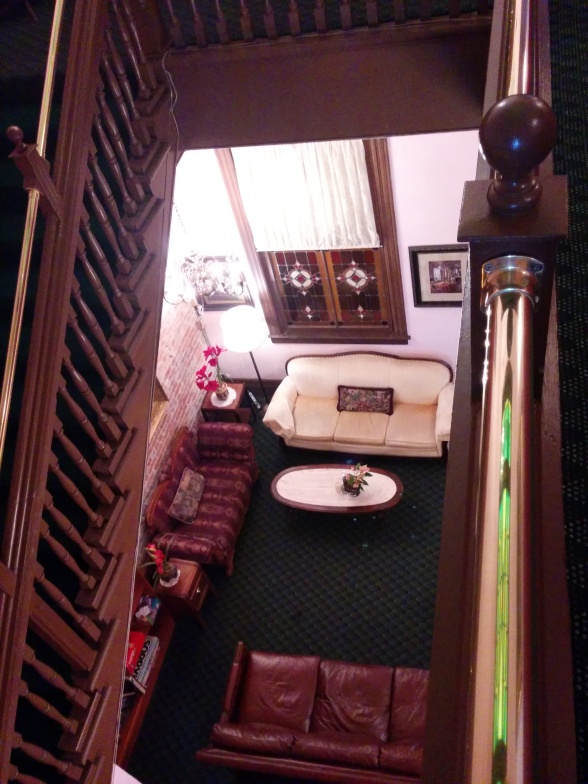 I was asked to write a poem from the perspective of the angels in my dream.

We are angels
We are made to fall
We all fall

Do you fear
your fear?
your anger?
your grief?
falling?
death?

We fall for you

If you reject
your fear
your anger
your grief
falling
death

We will fall for you
We accept falling

If you accept
your fear
your anger
your grief
falling
death

We will fall with you

You will fall with us 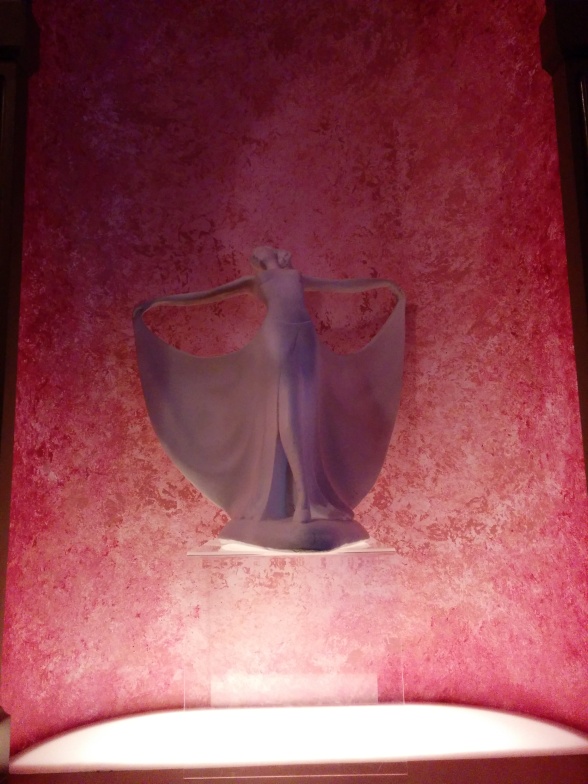 you said maybe
they are muscles

my muscles
trauma stored
that I can let go

four gate needles
and another

maybe
the angels
are tears

I need to
let fall

tears stars
fall
each one
salt water
not afraid
at peace

they fall for us

In really severe influenzal lung swelling, the air spaces swell shut, the lungs are bleeding and bruised, and the person dies. Young healthy recruits in the 1917-1918 influenza would literally turn blue as they were no longer able to breathe and they would die.

If a person is still feeling exhausted after the initial week of influenza, they need testing to find out if they have lung swelling. This can be done at home or in your doctor’s office.

To test at home, the patient should sit relaxed for 10-15 minutes. Take a one minute pulse count: normal is 60-100 beats in one minute. Then the patient should get up and walk until short of breath. Sit back down and repeat the pulse. If the pulse is jumping up 30 points or if it is over 100 after walking, there is still lung swelling. The treatment is rest.

To test in my office, I add a pulse oximeter. I get a resting oxygen and pulse level, walk the person and then watch the recovery. The oxygen level will often drop and then rise to the sitting baseline as the heart rate recovers. Most people do not need oxygen if they have a healthy heart and healthy lungs to start with.

You can see why influenza would be so dangerous to someone with an unhealthy heart or lungs, because the heart can’t make up the difference.

I had influenza in 2003 and had lung swelling to where I could not walk across the room without my heart rate going to 132. Sitting, my heart rate was 100. My normal heart rate is 65-75. It took two months for the swelling to subside and mostly I lay on the couch. Be reassured that if you rest when you need to, you will recover.

The photograph has my father sitting and Andy Makie standing with the harmonica, at a music party at my house in 2009. Both my father and Andy are gone in their 70s, primarily from lung damage from cigarettes. Miss them both. Thanks to Jack Reid too.

Very soon after the angel dream came back I dreamed this:

I was in a house doing something and I realized suddenly that there were a lot of people present. It was a party. I had been so engaged that I had not noticed. It was not my house.

I saw my maternal uncle. I went to hug him: “Hello Uncle Rob!” He withdrew with his fierce expression: “I am not sure I want to hug you.” I shrugged.

I saw a female maternal cousin next, across a counter. We have been on opposite sides of a family issue. I reached across the counter and hugged her. She looked sad and disapproving, but she let me hug her.

I was hungry. We were going to have dinner, but it was not ready yet. I had a chocolate bar and pulled it out. Dark chocolate. A two year old curly headed blonde boy was eyeing me and the chocolate. I smiled at him. He smiled back, cautiously. “Who does this little boy belong to?” I asked, “And may I give him some chocolate?”

A large blond curly haired man turned and smiled at me. “He’s mine and yes you can.” he said, grinning.

I said to the boy, “I am going to pick you up and then I will give you some chocolate.” I picked him up. He was still being a little careful, glancing at his father to check in. I thought that the party was going to be fun, with the little boy and his father, and I woke up.

My mom loved me

She packed all her troubles in her saddlebags
and rode forth singing.

At first I couldn’t love them
My mom didn’t; how could I?

I am so surprised

My mom loves me
shadows and all
now and  forever.

I took the photo of my mother working at the etching press while I was in college.
This was previously posted on everything2.com in 7/2014 and written before that.

I joined the Gospel Class of the 2014 Centrum Blues Festival. You can join just for the Gospel Choir and it gets you the lessons, performance and into one concert.

It was taught by Dr. Ethel Caffie-Austin and Delnora Roberts.

Dr. Ethel Caffie-Austin is described as West Virginia’s First Lady of Gospel Music and Denora Roberts is from Maryland. Both are black. Their gospel choir for Centrum was nearly exclusively white, though there were a few asian people. I went to high school in Alexandria, Virginia. I thought, oh, goody, these women will yell. At some point, they will raise their voices at us.

This class taught me the best voice production of anything I have ever done. I have not focused on voice, being a rural doctor, but I have sung folk songs since I was tiny. In college I joined the university community chorus at the University of Wisconsin, where we did Carmina Burana. I took some private lessons. When I moved here in 2000, I joined Rainshadow for the William Byrd Mass that they were going to sing for my mother’s memorial after she died of ovarian cancer. My father had helped start it in 1997. I asked to stay in it after the memorial and they let me. I have been in it ever since.

And still, these ladies from the east, did the best voice training I’ve ever had.

First they had us sing and they divided us into Soprano, Alto, Tenor and Bass. They did it by ear in groups. That in itself was impressive. They could hear everything.

Here is what they told us:
1. Sit in a chair. Take as deep a breath as you can, then inhale three more small breaths. Hold it. You should be able to hold it for five minutes. I can’t yet. But I am doing better. Let the breath out.
2. Do six fast inhalations and exhalations, as deep as you can and sticking your tongue out on the exhalation. You will look like a Maori warrior — that is the face you want. It may make you light-headed. That is because you have blown out your store of CO2 and your body is adjusting.
3. Nasal wash every day. Neti pot or Neilwash or a Sinugator. Ok, the last one sounds like it would bite your nose. I chose the Neilwash because neti pots look too much like teapots.
4. Stretch your range. Both of these woman could sing all four parts: down to bass, up to high soprano.
5. Drink enough water. Drink water all through class. Drink water all day.

Then they taught us. No paper at all. They would sing a part, have us sing it back, and then teach the next part. In four days they taught us four part harmony to 8 gospel songs. We would get confused and start singing each others’ parts. They would stop. “A tenor is singing the alto part. Who is it?” They would have the tenors sing and could pick out the culprit.

Towards the end of the first 3 hour lesson, Dr. Caffe-Austin looked at the Sopranos and yelled full voice: “Sing louder. With soul.” Everyone jumped and I started laughing. The other Sopranos gave me evil looks. Dr. CA didn’t sound angry or anything except loud. Full voice for her filled the chapel we were in.

On Friday we did a lunch concert outside. Dr. Caffe-Austin really messed with us then. “What is the order?” People asked. She just smiled. Out there she would just start a song and we’d better pull it out of our memories. And…. she threw in three we had not done. By the third, we’d gotten it: call and response, we’d better sing.

On Saturday we were first in the lineup for the four hour Blues Concert in the balloon hanger (it is an old fort, remember? Fort Worden, and it was an intelligence dirigible hanger.) This time we were ready and responded to whatever she threw at us. It was so much fun and all oral tradition: no written words, no written music and we learned it.

Hope I can do it again this year. Hope they are back: no listing yet for the Gospel class at the 2015 Centrum Acoustic Blues Festival.

The picture is from July 2005 from the Centrum Fiddletunes Festival outside the balloon hanger. 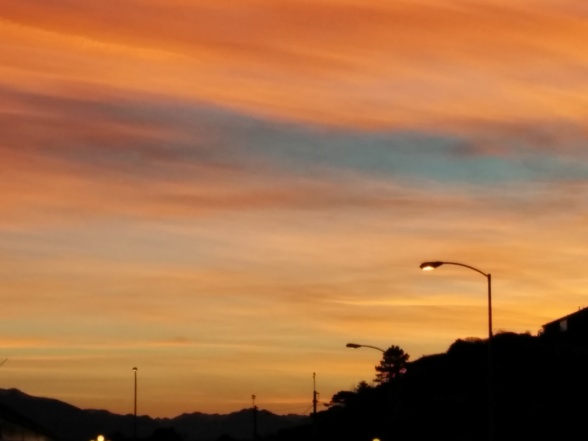 You said it’s hard to let me in

I came to the door
you locked it

I came to the window
you shut it

I came to the chimney
you lit a fire

don’t be surprised
I won’t leave

I will stand outside
and burn

Marching across the green grass

we learn that diagnoses are a crutch
drugs plaster over deep and seeping wounds
mental labels hurt the patients oh so much
we learn to listen: broken hearts sing grieving tunes

Busy on Monday
Virus on Tuesday
Throwing up and
cancelled clinic
Beloved visitors all week
Worked, nauseated Wednesday
Thursday almost better
Evening festive
But up 1 to 4 am
with someone way too sick
phone to specialists
six times
finally I tell her
if she is not transferred
I think she will die
She chooses to go
Slightly groggy clinic Friday
Hard to type

The wanting self
makes me tired
and it is silly
to want so much
Stymied, the wanting self
goes on about work
I am on lap number twelve
I think
I am uncomfortable
with Mr. J in clinic
who keeps wanting
more pain medicine
and complains about
my boundaries
In the water
I realize
that he is no more comfortable with me
than I with him
I am pleased
to admit that
and can refer him
to a pain clinic
The lady next to me
has a powerful breast stroke
long deep glide
under the water
The wanting self
wants to swim like her
Why don’t I exercise more often?
I am lazy
Maybe I will exercise
before my first cup of tea
every morning
The wanting self
builds castles in the water
plans
that wash away
I wonder if the wanting self
builds up
is stored
in my muscles
and exercise
exorcises
the wanting self
That would explain
fibromyalgia
better than anything
I know of
and why exercise
is the best treatment
and maybe that is why
exercise
and exorcise
are so close
I picture all our
wanting selves
sloshing around the pool
released
they dissipate
Does chlorine
inhibit their return
to our bodies?
We climb sleek
from the pool
and shower

I must exercise
more often
and exorcise
the wanting self