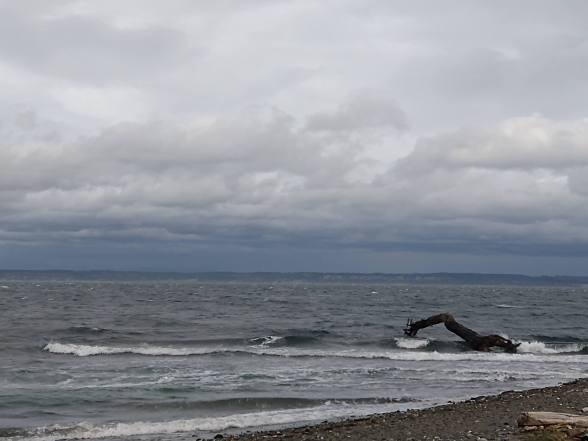 I have had strep A sepsis and pneumonia twice. It was terrifying and I ended up having to take care of myself. I would be dead if I was not a physician.

Not to be named obscure website helped to sustain me, because it was a place I could go while I was alone, terrified and very very ill. The bout in 2014 took me out of clinic for six months and then I was barely able to work seeing half my usual number of patients. My local hospital refused to help me, but other people did. I am deeply deeply grateful to the people who did help me, including people on everything2.com that I have never met.

My sister used to tell me

That’s what attracted me.

Connected to each other more and more.”

Now that I’ve taken that memory out

Who knows what she really said

And some where I blank out entirely

For just a moment

Only when I’ve eaten

Could be absence seizures

But she said seizures hurt

These do not hurt

And are accompanied by muscle twitches

Or muscles rolling gently across my frame

I am scared at first

Because I think they are neurons

But I don’t think that’s right either

I think it is plaques

Small pushpins in the wrong place