When I watch the disaster news, what I think about is withdrawal.

Everyone who is on a substance that causes dependence or addiction is withdrawing.

They don’t seem to ever discuss that, but think…. if you are in Houston or Florida when everything floods, are your cigarettes dry? I don’t think so. And put multiple people in close contact in a shelter, with many withdrawing… I am not surprised that tempers flare.

Tobacco: in 2013, 21.3% of the US population age 12 and older, smokes tobacco. Disasters are a reason to quit. It’s hard enough to quit tobacco, but imagine going cold turkey if we have our Pacific Northwest really massive earthquake. Quit smoking now, don’t wait for a disaster. And think about being in a stadium with one in five of the people over age 12 withdrawing from tobacco. Is that fun?

Alcohol: “In 2013, 30.2 percent of men and 16.0 percent of women 12 and older reported binge drinking in the past month. And 9.5 percent of men and 3.3 percent of women reported heavy alcohol use.” Ok, that’s rather vague. If you have a drink or two after work every day or with dinner, will you notice the lack? Yes, I think so, but maybe only 10% of the adults are really going into alcohol withdrawal. That’s a conservative estimate. 30% are probably grumpy.

Illicit drugs: 4-8% of the 40-70 year olds used something in the past month. Are they addicted? Well, some are. And the 18-15 year olds are the most active, around 20%. Methamphetamines, cocaine, crack, crank, heroin, eeee-yuk.

Prescription drugs: “More than half of new illicit drug users begin with marijuana. Next most common are prescription pain relievers, followed by inhalants (which is most common among younger teens).” So let’s see, what percentage of the population is on prescribed opioids, benzodiazepines and barbituates? Ooooo, 1/3 of the US population has been prescribed opioids (2). Chronic opioids are prescribed to 3-4% of the US population, but of course, that is the prescribed chronic pain ones, not the illicit ones. Now, those can have a withdrawal. Alcohol and benzodiazepine withdrawal are the most dangerous for the patient, but in opioid withdrawal the pain receptors go absolutely crazy, like a volcano blowing up. And the tweakers withdrawing from methamphetamines. The sleep medicines like sonata and ambien avoid the issue of whether they are addictive by saying they are for “short term use” — 6 weeks for the former and 2 weeks for the latter, but some people have been on them for years. And marijuana daily, I have seen great difficulty with anxiety and sleep when people are trying to quit.

Marijuana: 7.5% of the population over age 12. How many of those are addicted? I see varying numbers, ranging from 10% to 50%. If you use marijuana regularly, check. Stop it for a week. See if there is a problem. I’d try it before a disaster, because it would add to the stress during….

Caffeine: Ok, I would withdraw from caffeine. 90% of US people are addicted to caffeine. I get a massive headache for 24 hours and then I am ok. I have gone off it more than once….

And I think it’s the best motivator ever to quit smoking. Friday I had a couple of dedicated smokers and when I talked about flooded cigarretes, they blanched. Quit now, before you quit in circumstances…

And prayers for everyone in the disaster areas.

1. https://www.drugabuse.gov/publications/drugfacts/nationwide-trends
2. https://www.cbsnews.com/news/more-than-one-third-americans-prescribed-opioids-in-2015/
3. https://www.cnbc.com/2016/04/27/americans-consume-almost-all-of-the-global-opioid-supply.html  Hey, 80% of the world opioid supply is eaten by the US population! Why are US citizens in so much pain? Or are we under the impression that we shouldn’t have to feel pain and by gosh, we can afford the drugs….
4. http://www.nejm.org/doi/full/10.1056/NEJMra1507771#t=article Opioid Abuse in Chronic Pain — Misconceptions and Mitigation Strategies.

So WHY doesn’t the news talk about this? Because the cigarette and alcohol and prescription drug companies would yank the advertising? 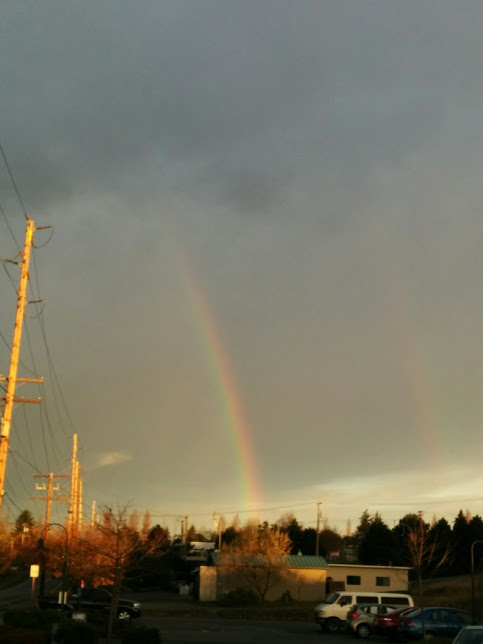 ShelterBox is a disaster relief organization that delivers a box with a family size tent, solar lights, water storage and purification equipment, thermal blankets and cooking utensils, and some things for children. The goal is immediate shelter and to help start the process of creating a home. The boxes are delivered to people world wide that have been hit by a disaster, man made or natural. They prepare and adjust them for local conditions.

ShelterBox started in 2000 in Helston, Cornwall, UK. That year, the Rotary Club of Helston-Lizard adopted it as its millennium project. The first shipment of 143 boxes went to was sent to victims of the 2001 Gujarat earthquake. ShelterBox ramped up during the 2004 Indian Ocean earthquake and tsunami. ShelterBox provided shelter for 28,000 families after the 7.0 magnitude earthquake in Haiti in 2010, about 25% of the tents sent by charities.

In the US, a ShelterBox costs $1000.00 to sponsor. Our small Sunrise Rotary Club buys at least one each year. We are notified that our box from last year went to Syrian refugees. I am so glad to be part of an organization that is doing something that is specific and positive in the world. Also, we are in a serious earthquake and tsunami zone: I hope someone sends us ShelterBoxes when we get hit. I prepare, but I keep wondering where to store things. If the house falls down, it seems unlikely that I could get to my stores….

ShelterBox gets a very high rating from Charity Navigator. Rotary International chose ShelterBox as their first Project Partner in 2012 and has renewed the partnership with ShelterBox in 2016 for another three year term.

I was going to work at clinic one day last week and I was feeling down and tired. I saw this rainbow and stopped in a parking lot to photograph it. And the brighter one is leading directly to my clinic and my work.

First, withdrawal
When we have our eathquake
Tsumani and roads and bridges are gone

If one in three adults in Utah
Got an opioid prescription in 2014
What are the numbers here?
Opioids
Alcohol
Benzos
Caffeine
After the first wave of death
and grief, withdrawal begins
Not just addictive drugs
from insulin
from blood pressure meds
anticoagulants
seizure medicine
chemo ground to a halt
I read that alcohol is best to trade in disaster
and chaos and loss
Guarded by guns in small gangs
We are told to store water
Where?
If the house falls down
and I can get out, where would I put water?
A bunker in the ground?
I stock straws for water
I wish I could buy 9000
for my town
I stock books for when the computers
go silent
I stock songs in my head
memorized all
I fight for all my patients
Who would I not fight for?
Maybe it would be better to die
or be captured early
I stock love not guns.

I park on the hill

The car is up the hill

Today I see
The earthquake has happened

Death heals any split left within us

I know you are healed

I know I am not really separated from you

I know that I will see you again

The earthquake has happened

I still ask the earth to wait

I still park on the hill.