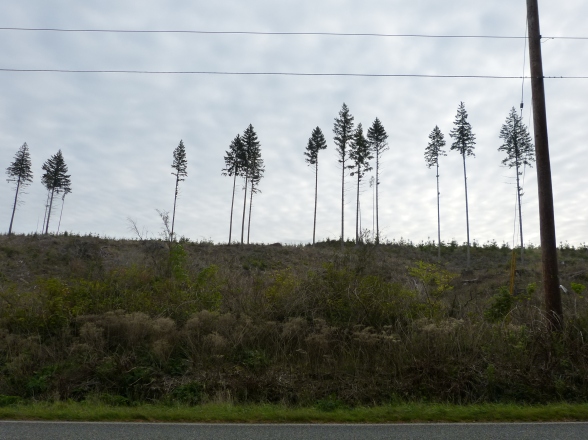 I wrote this in 2010, after I worked for three months at Madigan Army Hospital. I really enjoyed working there. It was the first time since residency that I had worked in a big hospital — 450 beds — and in a not rural setting. I kept asking to work with residents and eventually the Captain and I worked it out to both our satisfactions.

During my three months temp job at a nearby Army Hospital, I am asked to help the Family Medicine Inpatient Team (FMIT) whenever a faculty member is sick or out or deployed, which turns out to be fairly often. I enjoy this because I want to work with residents, Family Practice doctors in training. It is very interesting to be at a training program, watch the other faculty and work at a 400 bed hospital instead of my usual 25 bed one.

Two patients need to be admitted at the same time on our call day, so the second year resident takes one and I take the other. The report on mine is an 82 year old male veteran, coughing for three weeks, emergency room diagnosis is pneumonia.

The resident soon catches up with me because her person is too sick and gets diverted to the ICU. Mr. T, our gentleman, is a vague historian. He says that he has always coughed since he quit smoking 15 years ago and he can’t really describe his problem. He’d gotten up at 4:30 to walk around the assisted living; that is normal for him because he still does some o the maintenance. He had either felt bad then or after going back to sleep in a chair and waking at 10. “I didn’t feel good. I knew I shouldn’t drive.”

He’s had a heart attack in the past and heart bypass surgery. Records are vague. The radiologist reads the chest xrays essentially as, “Looks just like the one 3 months ago but we can’t guarantee that there isn’t a pneumonia or something in there.” He has a slightly elevated white blood cell count, no fever, and by then I do a Mini-mental status exam. He scores 22 out of 30. That could mean right on the edge of moderate dementia, or it could be delirium. I get his permission to call his wife.

“Oh, his memory has been bad since he spent a year in a chair telling them not to amputate his toes. And he was on antibiotics the whole time. He wasn’t the same after that. This morning he just said he didn’t feel right and that he shouldn’t drive.” So his wife called an ambulance.

The third year chief resident comes by and wants to know the admitting diagnosis. “Old guy, don’t know.” is my reply. “Either pneumonia or a urinary tract infection or a heart attack maybe with delirium or dementia or both.

The second year is helping me put in the computer orders, because I am terrible at it still. She could put them in upside down and asleep. “Why are we admitting him, anyhow? We can’t really find anything wrong, why not just send him home?”

I was getting a cold. I had planned to ask to work a half day but half the team was out sick so I just worked. But by morning I had no voice and felt awful. I call in sick.

At noon the phone rings. It is the second year. “You know Mr. T, who we admitted last night?”

“He had that heart attack during the night. Got taken to the cath lab. You made me look really good.” We had worked on the assumption that it could be early in a heart attack though the first labs and the ECG were negative. I had insisted on cardiac monitoring and repeating the enzymes. The resident had finished the note after I left and the night team had gotten the second and abnormal set of enzymes.

82 year olds are tricky. With some memory loss he couldn’t tell us much except that “I don’t feel right.” He was right not to drive and we were right to keep him in the hospital. And if it had all been normal in the morning, I still would not have felt bad about it. The residents are looking for a definitive diagnosis, but sometimes it’s “Old guy, don’t know,” until you do know.